These magnificent images are from our copy of John Gould’s Monograph of the Ramphastidae, or Family of Toucans, published in 1834. As you can see, the book contains some of Gould’s most remarkable illustrations, featuring 52 life-sized lithographed images of these exotic birds reproduced in vivid and vibrant colour. 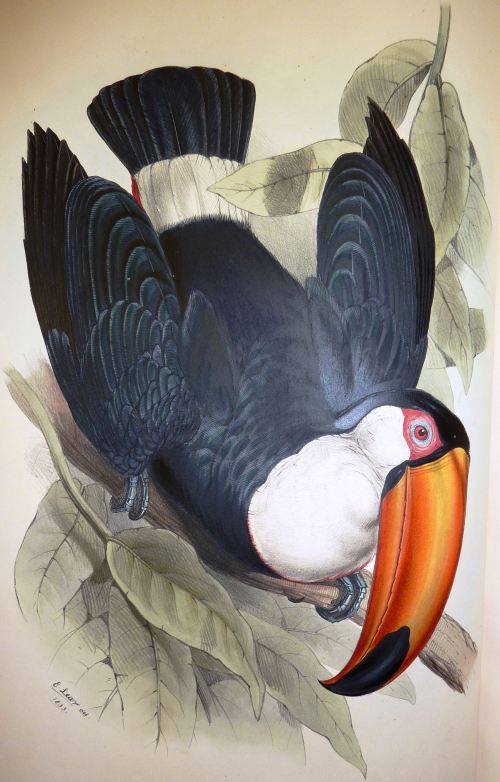 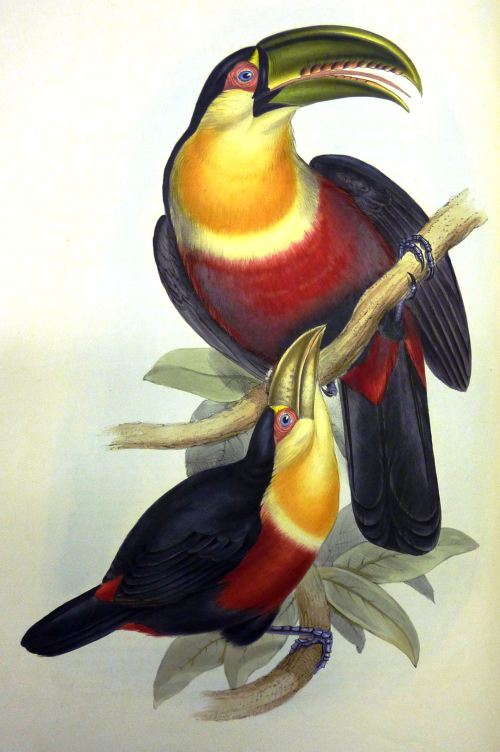 Gould’s inspiration for Family of Toucans came while he was doing research for Birds of Europe and was invited to view a friend’s collection of toucan skins. The volume took several years to complete and many of the stunning lithographs in this first edition were drawn by Edward Lear, a young artist whom Gould discovered sketching in the Parrot House at London Zoo. 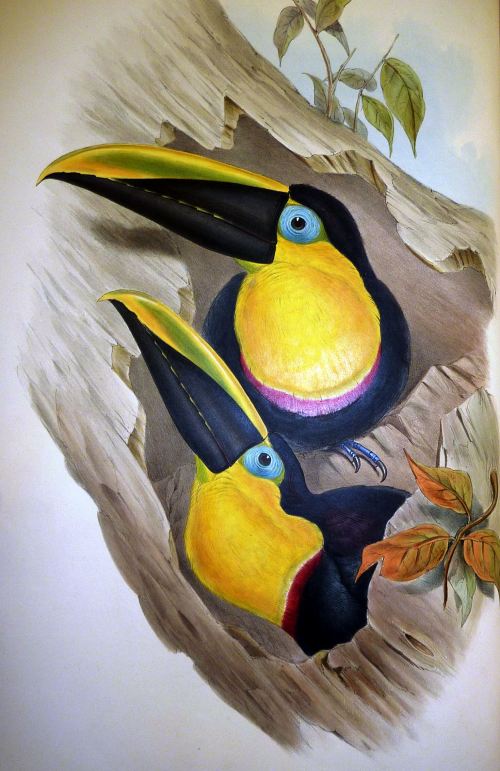 In total, Lear contributed illustrations to six of Gould’s works including Birds of Australia and Birds of Europe, but their professional partnership was neither a happy nor an equal one. As a ‘paid employee’, Lear’s exceptional work on the publications was rarely acknowledged by Gould, who even went so far as to remove Lear’s signatures from the second edition of Toucans. 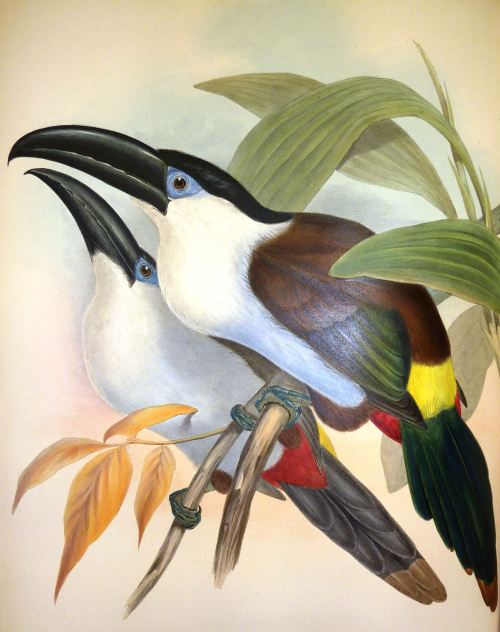 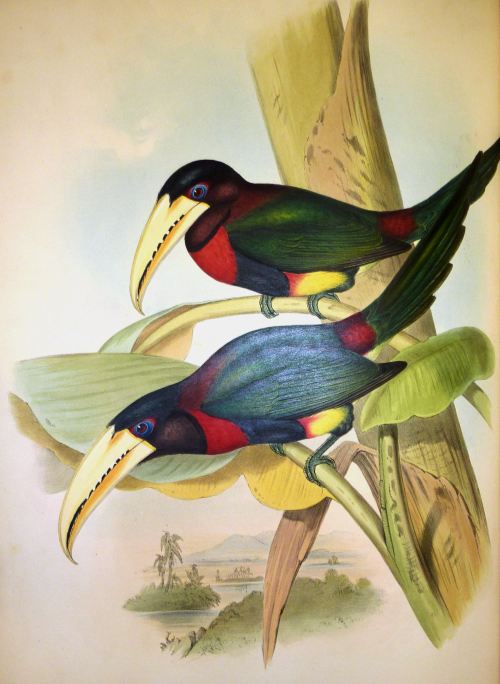 Although John Gould may not have painted the final illustrations for which he took credit, they certainly could not have happened without him: he collected, sketched and described all the specimens, as well as acting as the agent, publisher and the distributor of the completed volumes. Family of Toucans was one of the earliest of Gould’s 18 monographs on ornithology and as with his later work on hummingbirds, Gould’s experience of these exotic creatures was based entirely on specimens in museums, with an occasional trip to aviaries around Europe – he never saw toucans in the wild. 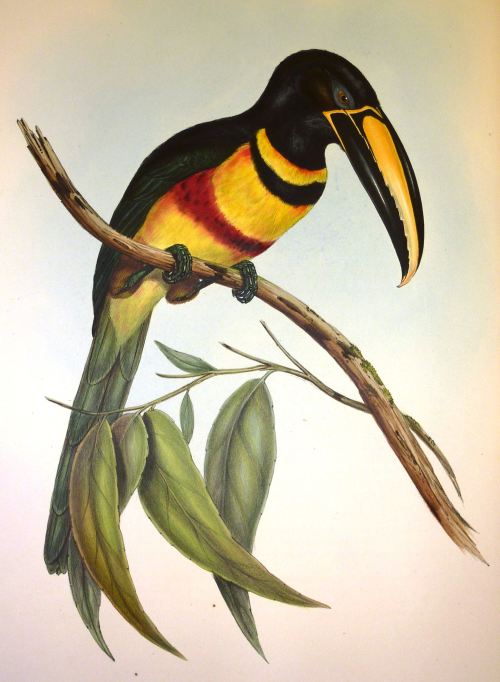 Edward Lear continued to paint birds and landscapes throughout his life but is better known today for his nonsense poetry. Lear’s A book of nonsense, first published in 1846, helped popularise the limerick, and Nonsense songs (1871) introduced the world to his most famous work, The owl and the pussycat. 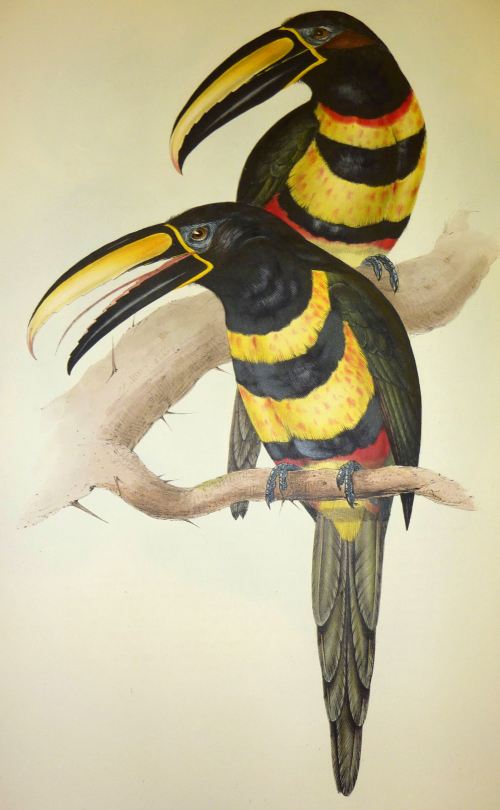 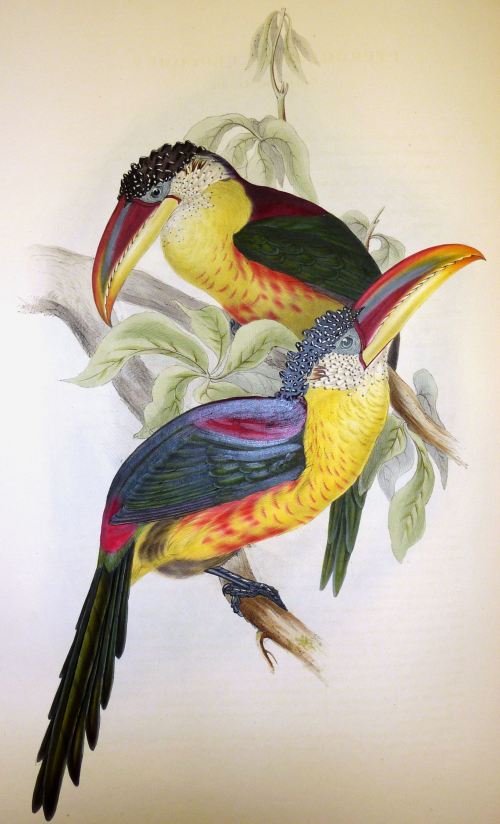